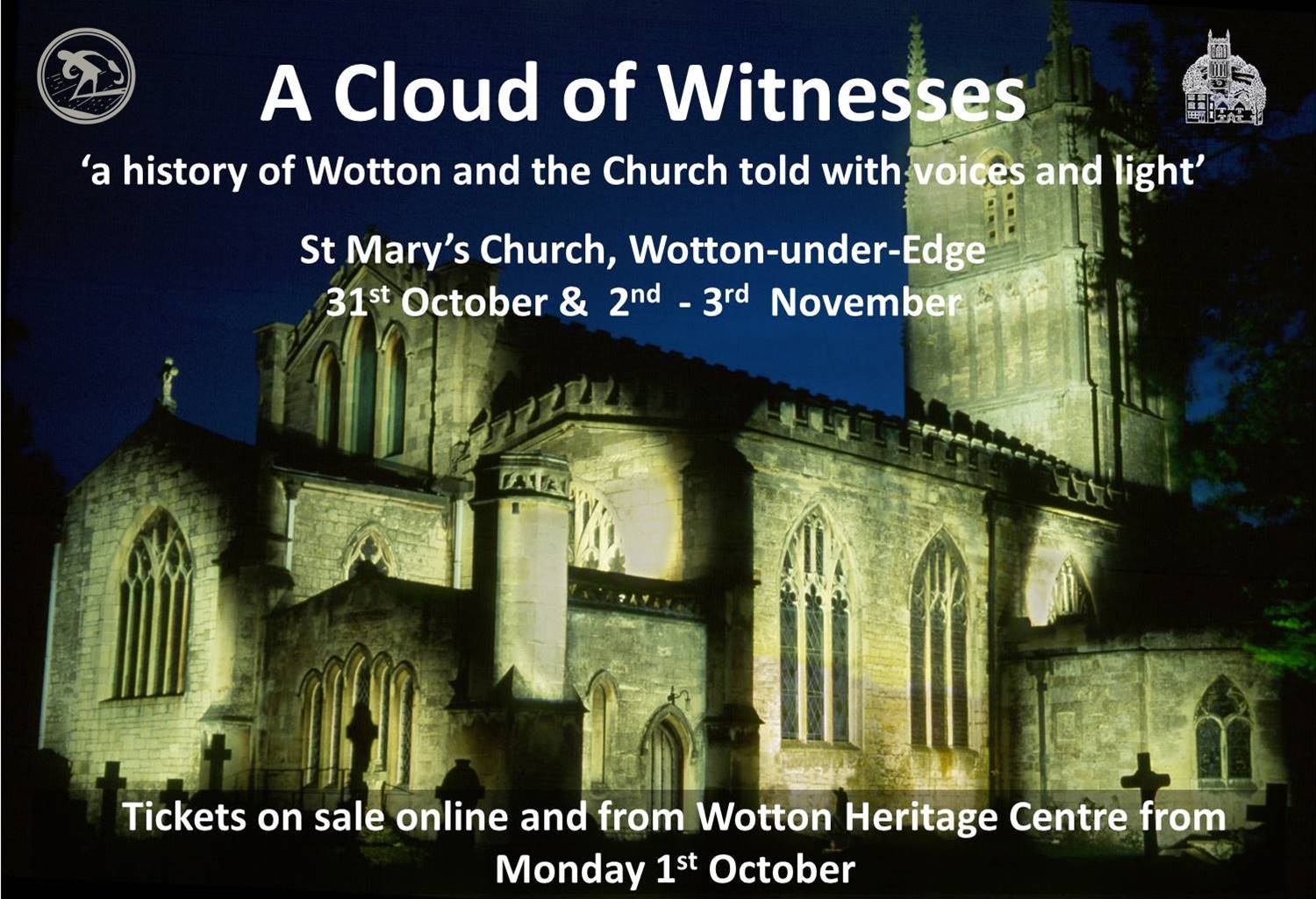 This autumn Wotton-under-Edge Dramatic Society in association with St Mary’s Church stages the son et lumière “A Cloud of Witnesses”. Described as “a cast of voices accompanied by sound and light”, the production tells the history of Wotton-under-Edge and St Mary’s Church and features characters from local history such as Katherine Lady Berkeley and Richard de Wotton. The experience for the audience is like a radio play based around the history of a building and environs, illustrated by illuminating relevant parts of the building.

A Cloud of Witnesses was originally staged in 1983 to celebrate the 700th anniversary of the consecration of St Mary’s Church. There were numerous events associated with this, and A Cloud of Witnesses was one of the highlights. The author Joy Masefield, who had recently moved to Wotton, researched the history of Wotton and its church over those 700 years, and wrote the script for the performance. The cast of voices was drawn largely from Wotton Dramatic Society, as was most of the technical equipment. The original production saw the audience sat on a platform on the north side of the church in the churchyard and the control cabin was a borrowed shed with an opening side with the show running for five nights. This time round the production will be staged inside the church.

A Cloud of Witnesses will be staged on 31st October, 2nd and 3rd November, with tickets on sale priced £10 from Monday 1st October at Wotton Heritage Centre or click on the button below.